Dasha and Jan Smigmator: 10 years on the airwaves!

The Evergreen Club is celebrating ten years on the air, and as this music programme has been one of the most popular on Czech Radio since its inception, its creators and moderators – Dasha and Jan Smigmator – will be conducting the 10th anniversary celebrations in grand style: a  gala concert in Prague’s Forum Karlín!

Dasha and Jan Smigmator – together with the excellent studio and concert orchestra composed of crème de la crème of the Czech music scene, including members of the Prague Radio Symphony Orchestra headed by conductor Martin Kumžák, and accompanied on piano by Jan Steinsdörfer – will be singing more than thirty songs, global evergreens that map the development of popular music of the 20th and 21st centuries. The two hour concert/show will thus include swing and musical classics, jazz standards, evergreens of the silver screen as well as pop music hits, including songs from the repertoire of Michael Jackson and the legendary rock group Queen.

In addition to several duets, Dasha and Jan Smigmator will sing several songs from their solo albums.

The evening’s special guests will be Helena Vondráčková and the Czech Radio Children’s Choir.

The gala concert will also include a christening of the birthday album “Klub Evergreen 10 let” (“Evergreen Club 10 Years”), the godfather to which will be the Director General of Czech Radio, Mr René Zavoral. 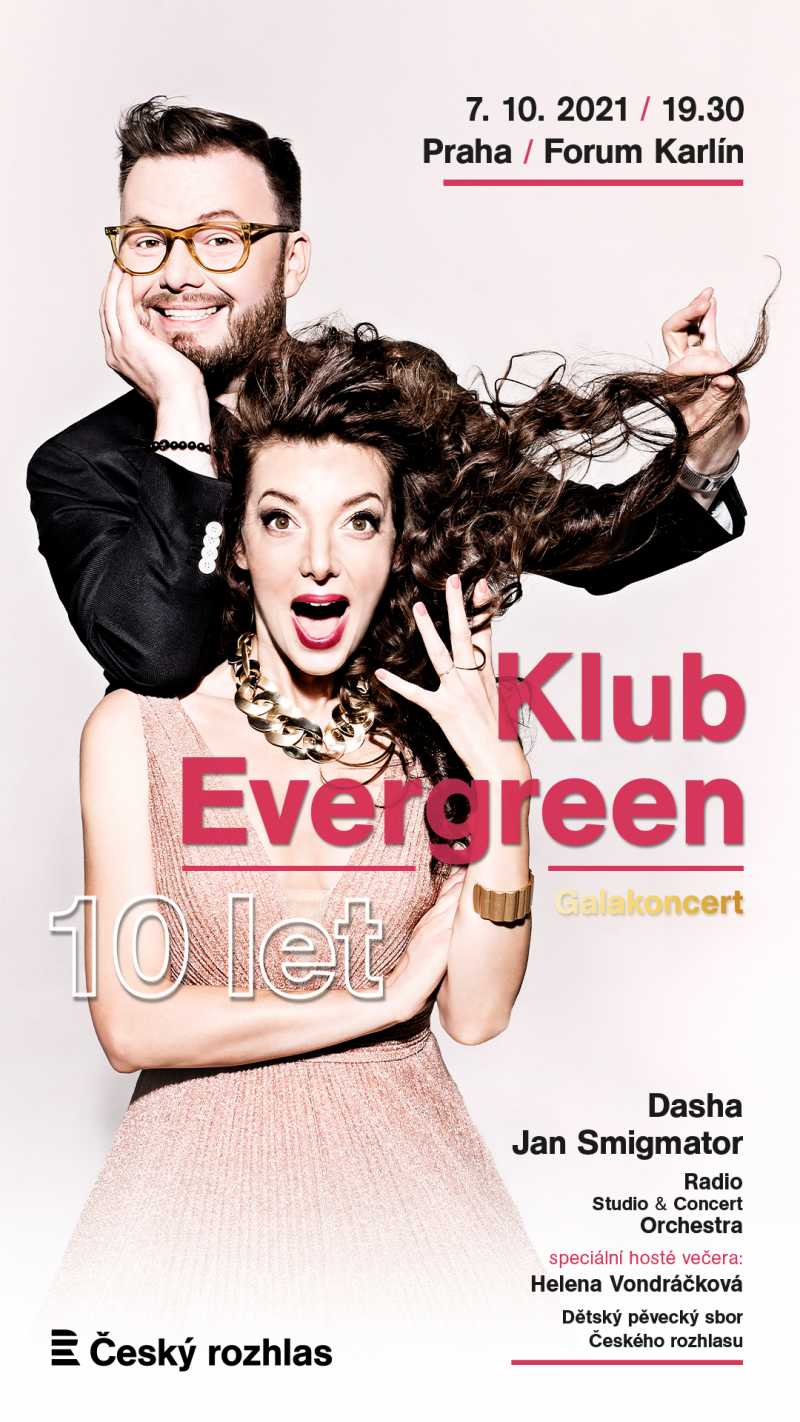