The famous Scottish comedian, actor and writer, who rightfully belongs to the world’s top stand-up comedy, will perform in Prague with a brand new solo show HUBRIS. His performance is provocative and often razor sharp, no topic is taboo for him and his intelligent arguments provoke the audience not only to laugh but also to think. Daniel does not censor topics or language. The whole performance will be held in English and is suitable for those over sixteen years of age.

Daniel Sloss became the first stand-up comedian to sell out big theaters such as the London Palladium or AFAS Live in Amsterdam. He sold six series in the New York theater at the off-Broadway theater, appeared ten times on American television “Conan”, and performed eleven times at the Edinburgh Fringe Festival, where he was one of the main stars. With his previous “X” tour, he has toured 40 countries, performing 300 shows across Europe, the UK, the US, Canada, Australia, Hong Kong and Japan. In the Moscow arena, his performance was the largest comedy show in English. “X” is now being screened on HBO in the US and Canada and became the first British comedy special to have a British theatrical premiere in 2020, just before Covid-19 closed the world. Sloss’s specials “Dark” and “Jigsaw” are streamed by Netflix in 190 countries and 26 languages. His spring tour of Australia this year was the largest cross-genre live tour in April and May on the planet. His debut book “Every You Hate is Going to Die” is also expected to be published on October 12, 2021 at Penguin Random House.

What they said about Daniel Sloss:

‘Sloss is at the top of his game… exciting and powerful… Challenging and controversial… a master craftsman and a truly edgy stand-up star with his finger very much on the pulse… Brilliant!’ (Time Out) 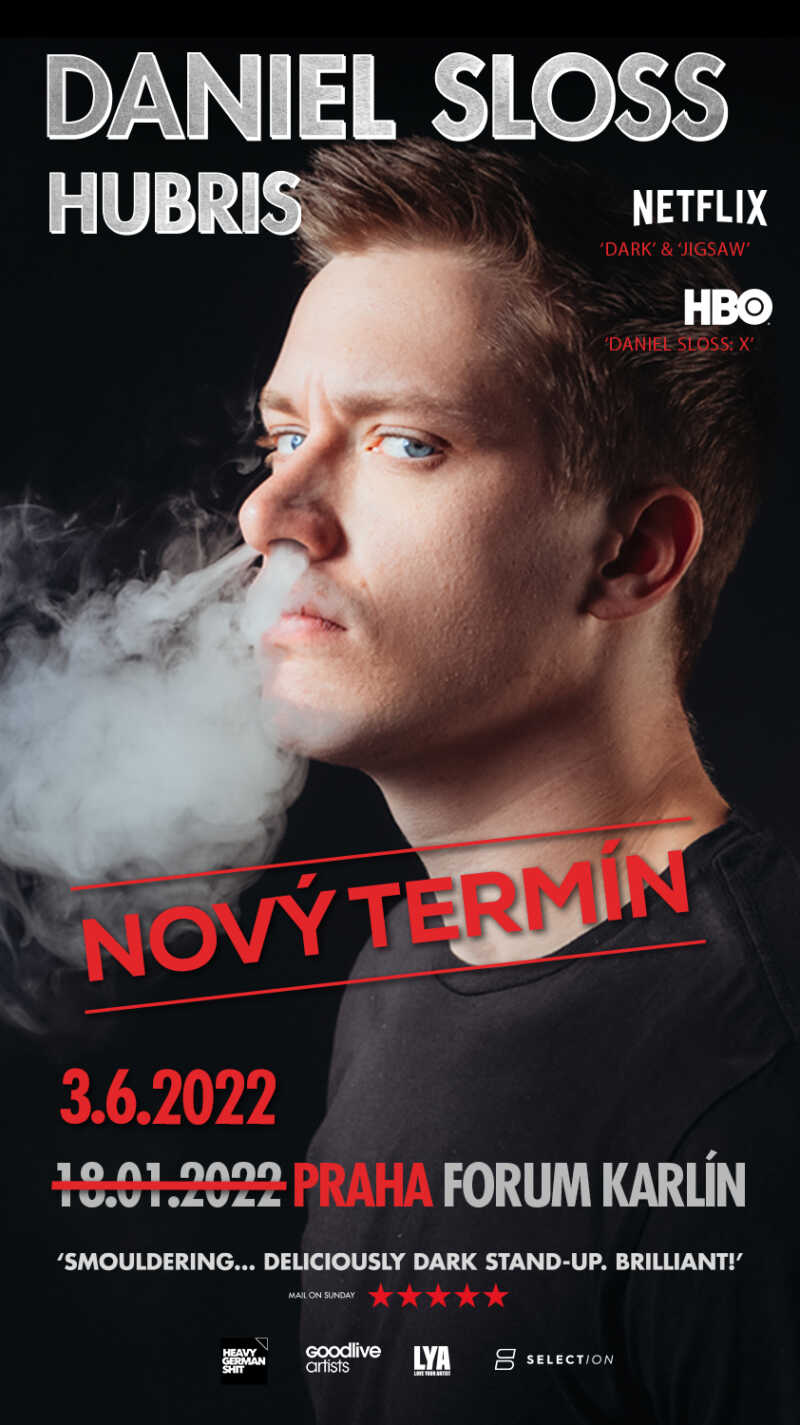