The stalwart of the Swedish progressive metal scene confirmed a tour for the spring of next year and did not forget to stop in Prague. They perform on March 15 in Forum Karlín, where they will present the new album “In Cauda Venenum” live. Tickets will be available for 990 crowns from Monday 13.7.2020 at 9 a.m., exclusively in the Ticketmaster network.

Opeth was formed in Stockholm in 1990 around singer-songwriter Mikael Åkerfeldt, who is the only founding member of the band still active. In the past thirty years, during which they have released thirteen albums, Opeth has undergone not only a number of personnel changes, but especially a great musical development. Although originally associated with death metal, the band definitely broke away from it only on the current album “In Cauda Venenum”.

“When I was younger, the hardest sound was everything to me. But as time went on, it lost meaning for me. When I read today that a band recorded the hardest record, I say to myself: hmm and what about it? It doesn’t affect me anymore, because I no longer see that “hardness” in harsh guitars and roaring vocals, but in the emotions and feelings that the music evokes, “says Mikael Åkerfeldt, and Opeth’s latest album “In Cauda Venenum” proves his words.” We no longer have the ambition to conquer the world or push the boundaries of our popularity to the next level, but to move creatively and make music the way we feel – here and now, “adds the frontman, who took another step away from their previous work on the new album. That includes singing the whole album in Swedish, which, according to the singer, added sincerity to their music. But with regard for their non-Swedish fans, Opeth eventually decided to finish the English version as well.

“Of course, we want people to like everything we do. But it is not in our power. I don’t know how people listen to music today. I don’t know how they feel when listening to music. All I know is how I perceive music. And when I listen to it, I always focus only on listening to the record, I don’t use it as a backdrop in which I do something else. And I wish our fans would do the same. Because those who really listen will hear something new on this record (as well as on all our previous recordings),” concludes Mikael Åkerfeldt.

To what extent will the concert form of the new album differ from the studio one? Opeth fans will find out on March 15 at Forum Karlín. 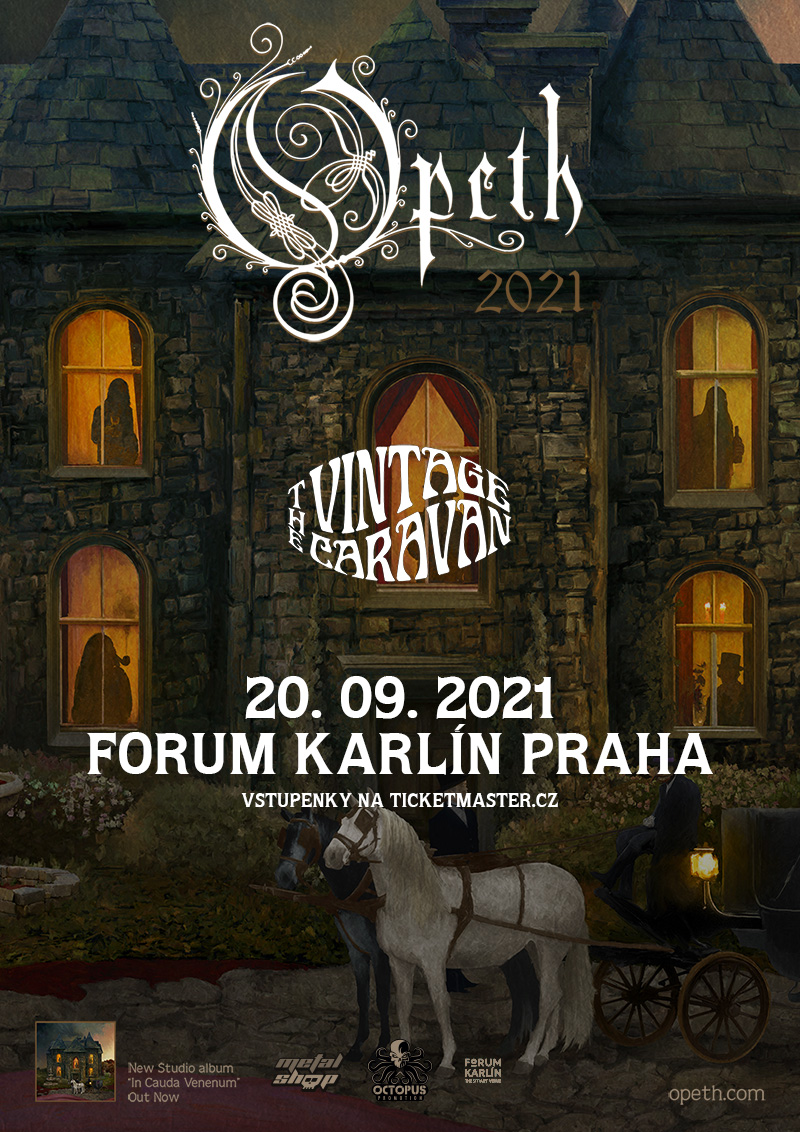