Emma Smetana and Jordan Haj and their band will play their biggest concert in Forum Karlín on November 4!

Czech Republic, France, Israel. Three homes and three major musical influences on the work of Emma and Jordan. Musicians, songwriters and dual parents performing solo and together. Their duets By Now, No Fire, and Lost And Found have captivated millions of listeners and viewers, and they have been nominated for multiple Angel Awards for their music videos.

In 2022, they released their collaborative album By Now, on which they worked with five producers, including Jiri Burian and NobodyListen. They have made no secret of their European ambitions, selling out their first concert in Paris in September and looking forward to more… 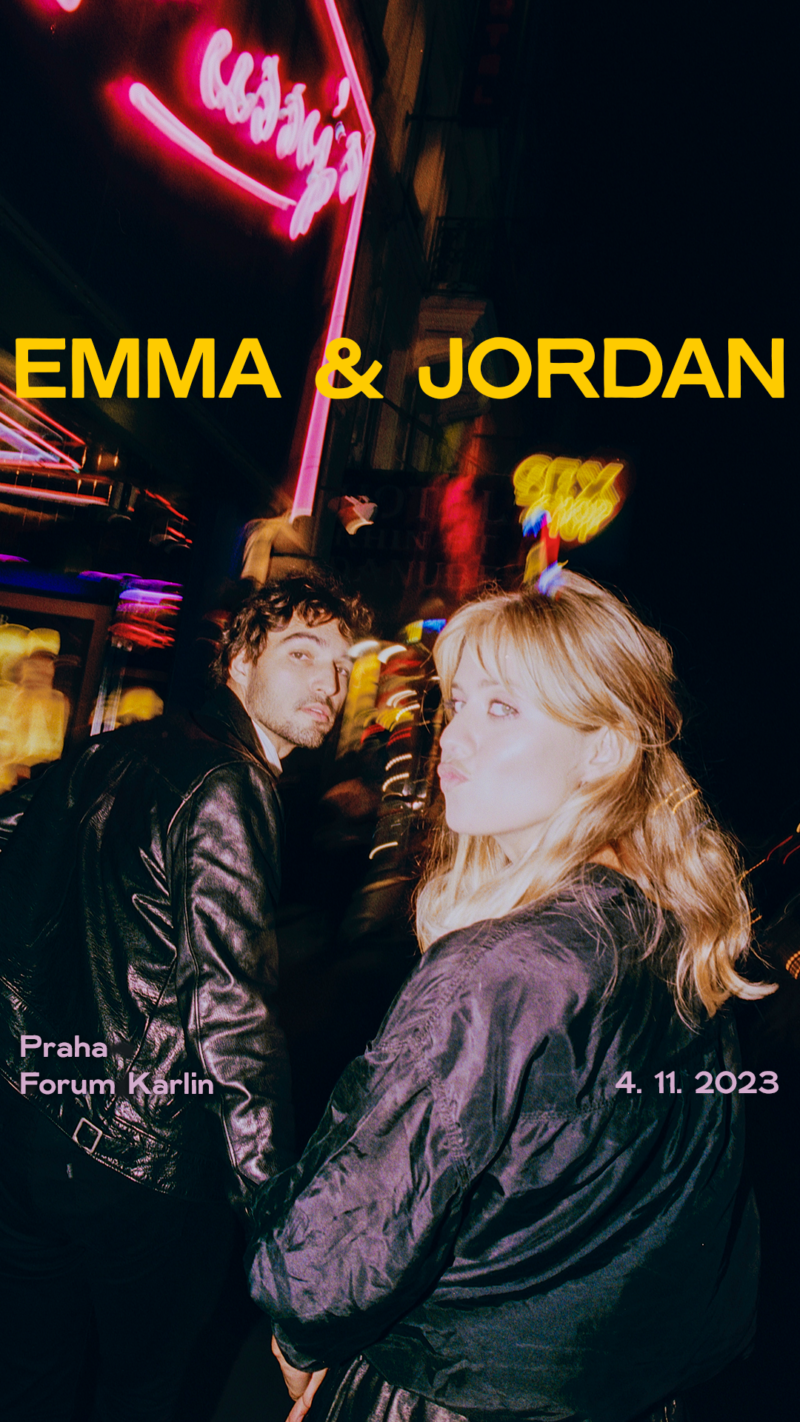