American band Larkin Poe, aka sisters Rebecca and Megan Lovell! Their thrilling and fierce concerts on the border of southern blues, roots rock and Americana with distinctive guitar riffs on electric and slide guitar are gaining more and more fans and enthusiastic admirers all over the world and in our country. This is also evidenced by the fact that after two sold-out concerts in Prague and a well-received performance at Colours of Ostrava, Larkin Poe will come to Prague’s Forum Karlín for their biggest domestic concert – on 31 October 2023. They will play as part of the tour for the just released new album called Blood Harmony. Tickets for the Prague concert are on sale from 18 November, 10.00 a.m., at Ticketmaster. The concert is organized by Liver Music as part of the Prague International Bluenight series.

The first home performance of the sister formation was scheduled for Prague’s Jazz Dock club in 2019, but it was already moved to Palác Akropolis due to high interest. Not even the coronavirus pandemic stopped their popularity, as evidenced by this year’s sold-out Lucerna Music Bar and a concert at the second largest stage of the Colours of Ostrava festival.

On their latest album Blood Harmony, released this year on 11 November, Larkin Poe invite listeners to a setting that both sisters know very closely – the world of southern rock. But at the same time, they bring new musical energy and impulses to it. “We have very fond memories of our youth – of Southern friendliness and hospitality. It’s a very kind and all-encompassing energy,” says Rebecca, a singer and songwriter for Larkin Poe, who are from North Georgia. “We try to share the same feeling in our music – that we have an open door for everyone and invite them to come in for sweet tea,” she adds. Unlike previous albums, Texas musician Tyler Bryant (also Rebecca’s husband) co-produced Blood Harmony. “In the past, we’ve intentionally relied on ourselves. But now we felt it was the right thing to open up the creation process to an outsider, while keeping everything within the family,” explains Rebecca. For the record, both sisters brought in longtime members of their touring band, including drummer Kevin McGowan and bassist Tarek Layman. The album, Larkin Poe, was recorded in Rebecca and Tyler’s home studio. The result is a recording that conveys the raw energy of live shows. “Just the two of us spent a lot of time before the actual recording tweaking all the details. We just wanted to come into the studio and record the songs in the most vibrant and raw way possible,” Megan concludes.

Larkin Poe was formed by Rebecca and Megan in 2010 after the dissolution of their previous “family” band, the Lovell Sisters, which they had with their older sister Jessica. To date, they have released seven studio albums. In 2018, they were nominated for a Grammy for Venom & Faith in the Best Contemporary Blues Album category. Their admirers have included Elvis Costello, Bob Seger and T Bone Burnett. Larkin Poe was the name of their great-great-grandfather, who was related to Edgar Allan Poe. 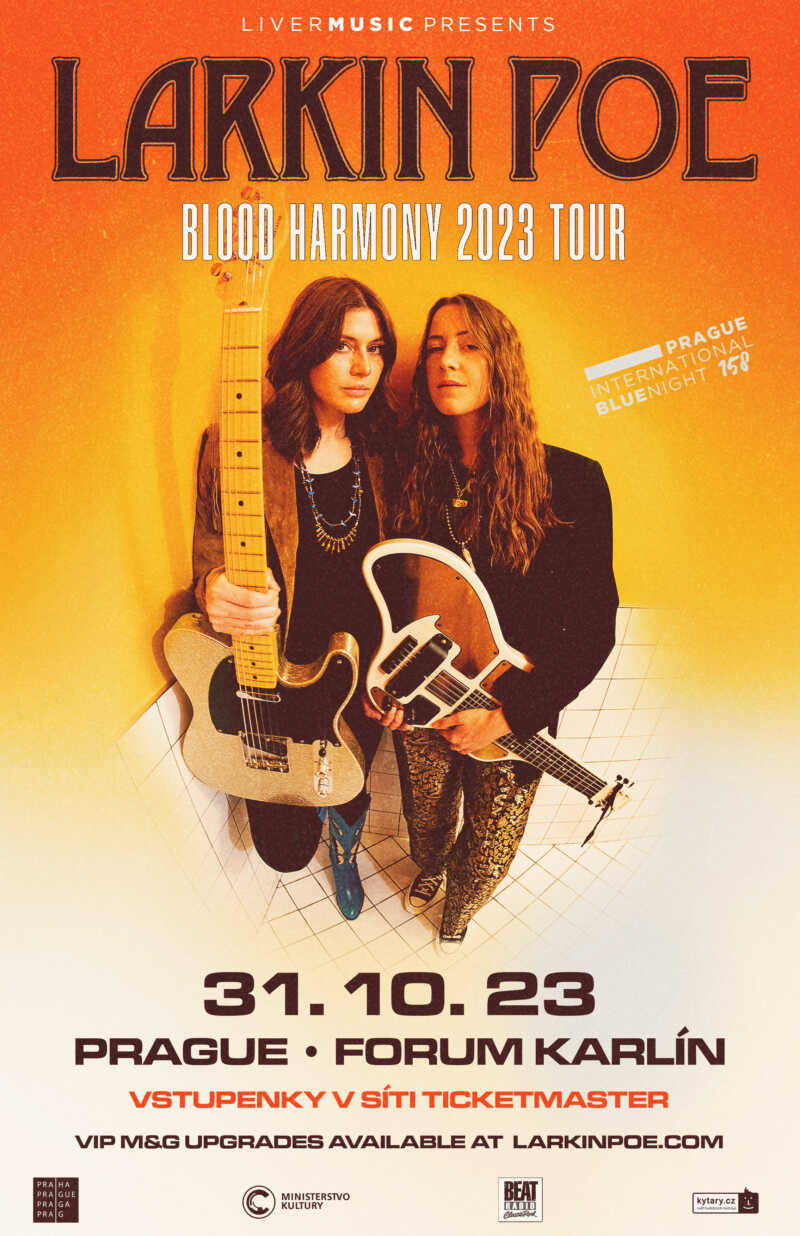