Kryštof celebrates 10 years with the album Inzerát with an exclusive concert in the Karlín Forum. It will be the last public concert of this year and the band will certainly treat it like two spring sold-out O2 arenas.

Over sixty thousand records sold, three times a gold Nightingale, one bronze, three Anděl awards, three sold-out tours and the most played song on the radio for twelve weeks, all this brought an ad year around Richard Krajč. And you can remember this period with the band on Friday, October 7 in Prague.

Kryštof is preparing a special program with all the songs from the annual album live, not only traditional hits such as Cesta, Inzerát or Zatančím. The album’s playlist will then complement the biggest hits in the band’s history, in addition to the spectacular set that the band’s fans are used to. But this time it will not be a football stadium or the largest halls, because it will all take place in the intimate club atmosphere that the Karlín Forum hall offers. Kryštof returns there after six years with a concert that will not be repeated for at least another ten years.

The date of passing the tickets was set for June 20, 2022 in the Ticketmaster network. 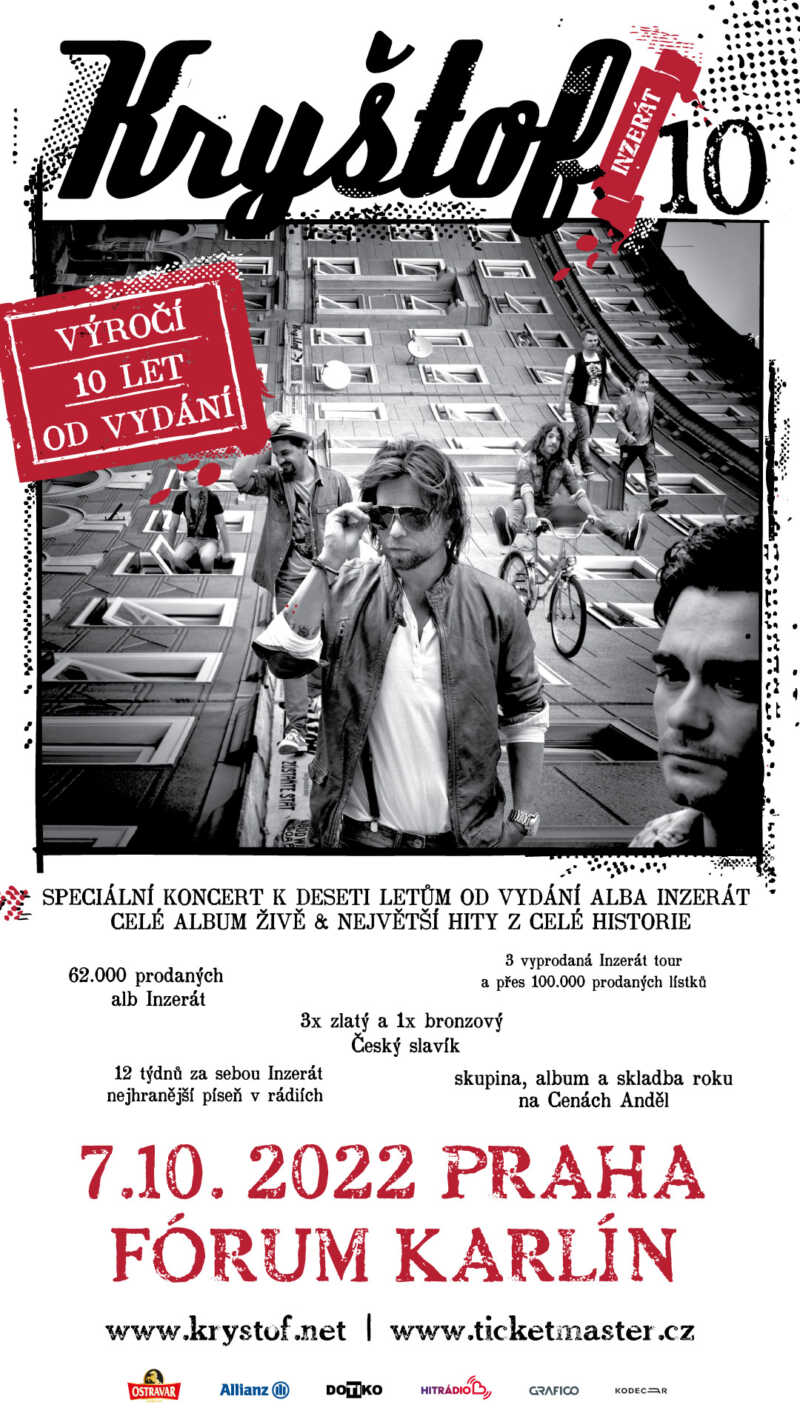