Štěpán Kozub and Jiří Krhut make the Karlín Forum in Prague sing and laugh at the beginning of October. The concert promises a 90-minute cross-section of songs from the debut album “Prásknu bičem”. Their songs combine two things that, like the two of them, are also seemingly incompatible at first glance: the atmosphere of the old chanson times and the modern age symbolized by musical minimalism. Thanks to the combination of fragile, open songs with the charm of melancholy and original inherent humor, which is the common denominator of both performers, the concert will be a unique experience.

The author duo released their debut album at the end of 2020 called “Prásknu bičem”. This duo from Ostrava quickly won the hearts of listeners across generations. Their work includes songs that vary in genre, and singer Barbara Kanyzová enriches them with her vocals on the record and in concerts.

From 2021, this author duo began to perform at concerts all over the Czech Republic, where they won great favor and popularity of listeners, whether in the intimate environment of theaters, at large festivals such as Štěrkovna Open Music, Colors of Ostrava or in the Mutlifuncional aula GONG Ostrava, accompanied by a huge musical ensemble such as the Janáček Philharmonic Ostrava and the Permoník Choir.

What does Jiří Krhut say about cooperation with Štěpán Kozub? “I appreciate the fact that I can write, compose and send songs to the world and thus spread joy, now together with Štěpán. For me, he is not only an excellent actor with a very interesting voice, but he has a huge universal talent. Above all, he is my friend and I can reveal that, thanks to singing, he can be himself in front of the audience in contrast to acting roles, as he confided to me once”.

On the contrary, Štěpán Kozub says about Jiří Krhut: “I found out that Jirka is not only an Ostrava musician and comedian who performs regularly in the Heligonka club, but also composes original music, writes poetic things, poems. He read them to me and sang them to me, and I thought it was a great pity that they did not reach the people. And so we agreed to try to sing one song. We’ll let her out into the world and see what she does. In the end, we recorded the whole album and hit the road. The clubs were full and people sang the songs with us. I am happy that the lyrics reached people. It would feel like a sin if it wasn’t. But it was only with Jirka that I discovered a genre that suits me. And that’s a chanson. And a little folk. I found myself in music because of those lyrics.”
For their chanson songs and humorous evening, Jiří Krhut and Štěpán Kozub chose the modern and minimalist hall of Fóra Karlín in Prague and invited the Ostrava pianist and multi-instrumentalist Pavel Sotoniak (Bandjeez) to collaborate, the singer and composer Barbara Kanyzová will complement the vocals with her captivating voice.

The media partner of the concert is Czech Radio Radiožurnál. 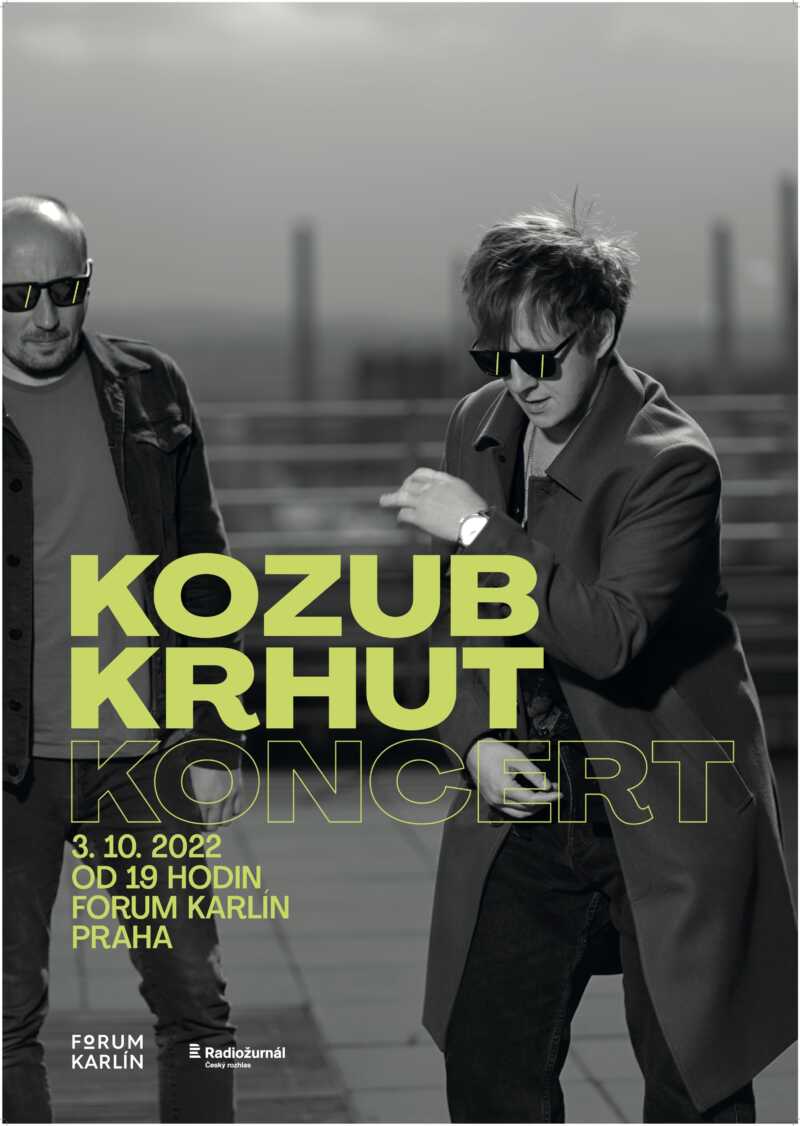