Jack White and his Prague show at Forum Karlín joins the already announced The Supply Chain Issues Tour, which will see JW play over 60 shows from North America (starting April 8), through Europe and back to the US. The tour – produced by Live Nation – includes White’s performance in Prague, where he last played in 2014. At the artist’s request, cell phones will be banned from the venue and will be stored in a Yondr case. Phone use will be allowed in designated areas outside the main hall.

The tour will celebrate the upcoming release of Jack White’s two brand new albums; FEAR OF THE DAWN will arrive everywhere via Third Man Records on April 8, 2022 and ENTERING HEAVEN ALIVE will follow on July 22, 2022.

Jack White, founding member of The White Stripes, The Raconteurs and The Dead Weather, twelve-time GRAMMY® Award® winner and thirty-six-time nominee and founder of Third Man Records, will release his fourth and fifth solo studio albums in 2022. FEAR OF THE DAWN (Third Man Records), featuring his latest single “Taking Me Back,” will be released on April 8, 2022, and ENTERING HEAVEN ALIVE (Third Man Records) will follow on July 22, 2022. In addition to White writing global anthems such as “Seven Nation Army” by The White Stripes and “Steady, As She Goes” by The Raconteurs, all three of his acclaimed previously released solo albums – 2012’s RIAA Gold-certified solo debut BLUNDERBUSS, 2014’s LAZARETTO and 2018’s BOARDING HOUSE REACH – have debuted at No. 1 on the SoundScan/Billboard 200, along with numerous other charts. Among the myriad international honors is White’s long line of career awards and GRAMMY® nominations. BLUNDERBUSS earned five nominations in two years, including “album of the year,” “best rock album,” “best rock song” (for “Freedom At 21”), “best rock performance” and “best music video” (the latter two awards went to the single “I’m Shakin'”). LAZARETTO was equally popular with GRAMMY® voters when it was nominated for “Best Alternative Music Album,” while the title track won the 2015 GRAMMY® Award for “Best Rock Performance” as well as other awards such as “Best Rock Song.” BOARDING HOUSE REACH, praised by NME magazine as “wild, mysterious and unlike anything else around… a full, lush-sounding affair charged with personality and life”, it proved to be one of White’s most unique works, topping various charts in the US and Canada while garnering applause around the world. “The spirit of freaky free play is exhilarating and refreshing, a worthy goal unto itself,” wrote Rolling Stone. “Like almost all of White’s work, it manages to feel fresh, original, and yet deeply rooted in history.”

The opening act will be Doctor Victor, a rock power trio led by charismatic frontman Vojta Bures, aka Victor, who have been garnering success both here and abroad. Their show has been gaining attention and recognition from music personalities such as Tony Platt – AC/DC sound engineer, Neil Fairclough, Queen bassist & Adam Lambert. In 2019, the band will embark on a tour of legendary Los Angeles clubs, Whiskey A GO GO. They also perform at the prestigious NAMMShow in California and join touring supergroup The Dead Daisies and Marco Mendoza (Thin Lizzy, White Snake,Ted Nugent) as a guest. The song Can’t Stop Rock’n’Roll wins the rock category of the John Lennon International Songwriting Competition in New York. 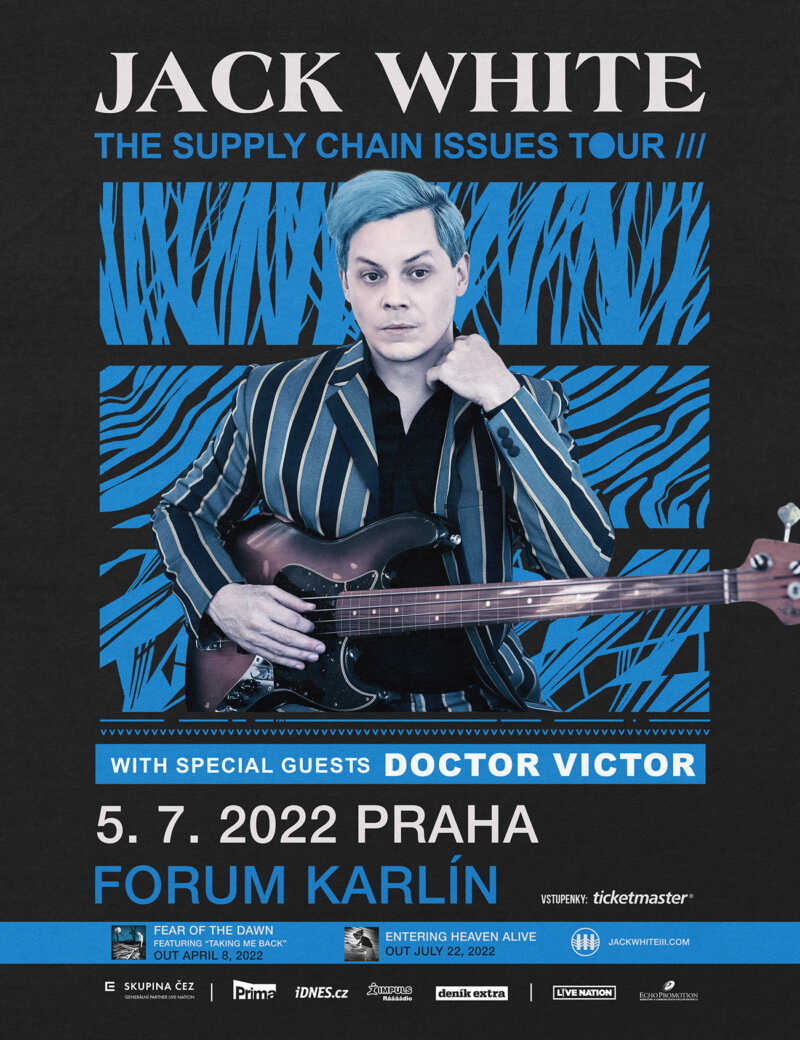