Honza Bendig star is heading higher and higher. He has received strong support from his fans for a long time. This motivated him to the idea of ​​holding a concert in the Prague area of ​​Forum Karlín.

Honza Bendig first drew more attention to himself in 2009, then as a finalist for the Czech-Slovak Superstar. He has come a long way since then, focusing on his solo career and playing hundreds of concerts. Now he and his production team are planning a spectacular show with stellar guests and their backing band.

Intensive work on Honza Bendig’s music career is unmissable. His music videos can easily be compared to world productions. They collect millions of views, the most successful of which are the songs Señorita (1.9 mil views) or Viva La Vida with Monika Bagárová (15 mil views). He is preparing a duet with Michal David in May, and this month he will also perform again as a guest of Leoš Mareš’s concerts at the O2 arena.

Honza Bendig doesn’t just focus on music. Together with his manager Lukáš Rejmon, he produces series and reality shows. They fill their YouTube channel called (with a slight exaggeration) Romflix. 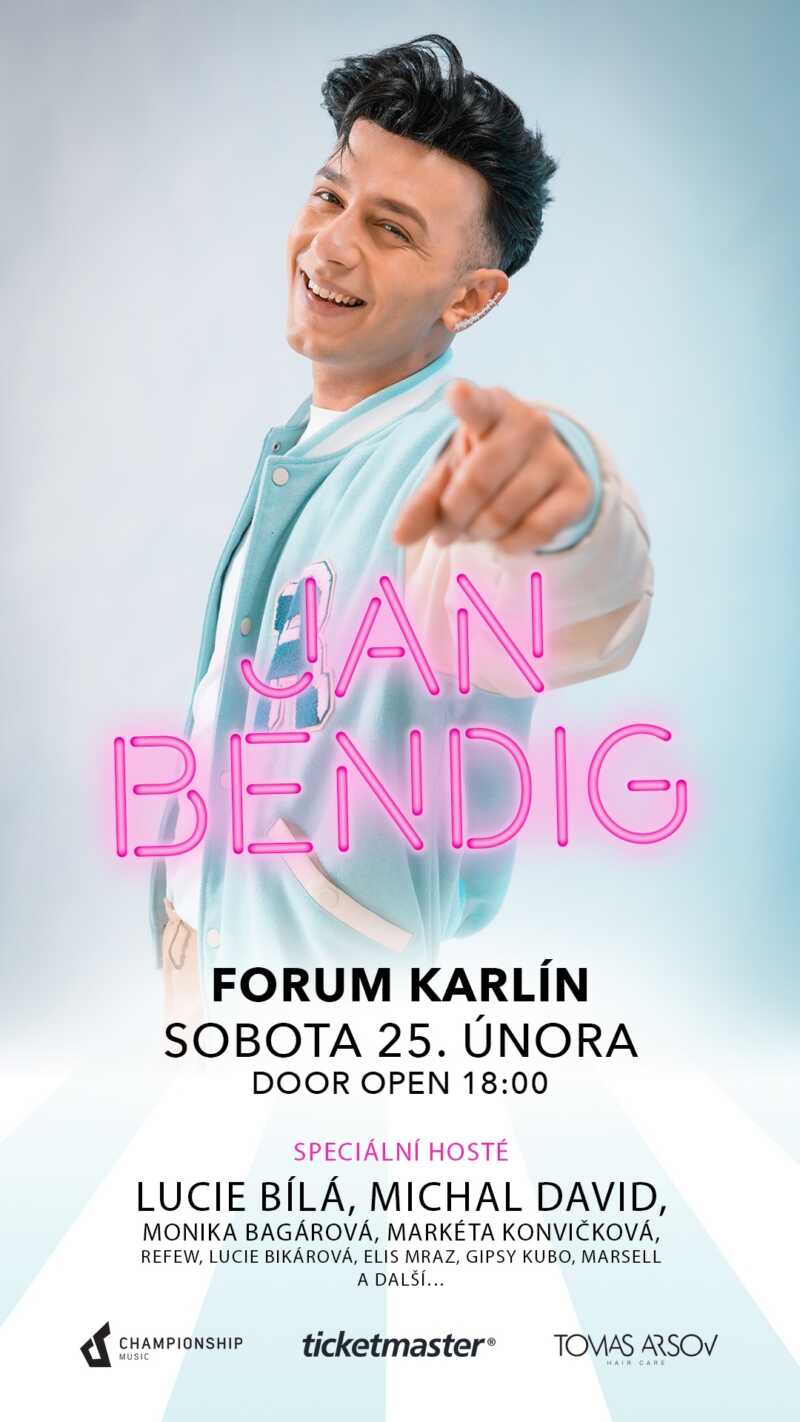