support: Icon For Hire, We Are Domi

support: Icon For Hire, We Are Domi

Finland’s most famous band returns to Prague after three years! The concert will take place at Forum Karlín in Prague.

Support: Icon For Hire
Rock duo Icon For Hire is a chart-topping independent act that’s impossible to ignore. Composed of power vocalist Ariel Bloomer and guitarist/producer Shawn Jump, the band has quietly amassed a legion of fans through their rigorous touring, which included an impressive multi-year stint on Vans Warped Tour.

Support: We Are Domi
Formed in Leeds in 2018, the band channels a unique blend of Scandinavian Pop, R&B and electro-pop, resulting in an alternative pop sound that is thought-provoking and complex, yet maintains a sonic beauty and pop sensibility that will have you hooked from the start. The band opened the Grand Final of Eurovision 2022, after reaching the final for the fourth time in their country’s history. 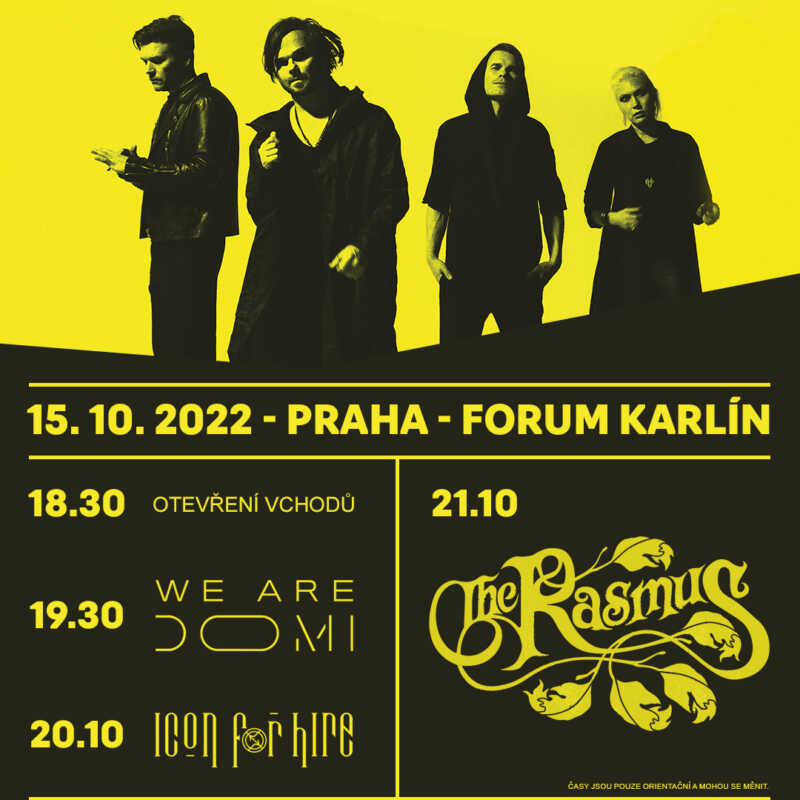