in the Magical Gallery

in the Magical Gallery

Due to the global pandemic, producer Robin Suchánek had to postpone a unique concert in the multifunctional complex Forum Karlín for the album The Magical Gallery, which was recorded by Dagmar Pecková and the composer Dark Král. Now the producer is announcing a new date. The concert will take place on October 26, 2022 with the participation of Epoque Quartet guests and tenor Richard Samko. Tickets purchased for earlier dates remain valid.

“Unfortunately, then began the worldwide covidu-19 pandemic, of which no one knew anything. All that was known was that the virus was very contagious and dangerous. Due to government regulations, we could not hold the concert on the original date and for the same reasons not even in the translated October. We were waiting for the announcement of a new date. Thanks to the higher interest in vaccinations, we believe that we will finally be able to organize the concert in October 2022, ”explains producer Robin Suchánek.

“I was very sorry for the cancellation of the concert on both dates, mainly because of the fans who bought the tickets. I was looking forward to. But I am very glad that we managed to communicate a new date. As the saying goes: “To the third of all good.”, So I believe that we will all be able to enjoy the concert together in the new term. I can’t wait,” says mezzo-soprano Dagmar Pecková.

The idea for the album The Magical Gallery, which contains compositions inspired by masterpieces of world painting, as well as the organization of a unique concert in the Forum Karlín, was worn by composer and producer Darek Král for many years. However, he lacked the main thing – a unique voice that could portray the necessary emotions in the recording. Despite the apparent contradiction, he came up with the most suitable combination of opera voice and electronic music, so he approached Dagmar Pecková, who was very inclined to the whole project.

“Dark Král and I met in 2015 while collaborating on an aria for a theatrical production at the Klicper Theater in Hradec Králové. Shortly afterwards, the idea arose to create an unconventional concept album. I was tempted to have songs written exclusively for me in my repertoire, when as their main performer I would be able to imprint an original and non-derived face on them,“ says Dagmar Pecková about the project.

This created compositions that are inspired by paintings by masters such as Degas, Toulouse-Lautrec, Monet, Manet, Modigliani, Klimt, Schiele, Vincent van Gogh and John Singer Sargent. In addition, each composition is sung in the native language of the painter.

With the help of modern audiovisual technology, the “world of tones and colors”, the operatic voice and electronic music, will be combined, and on October 26, 2022, Forum Karlín will be transformed into a magical gallery for one evening.

Epoque Quartet and tenor Richard Samek will be the guests of the concert. Tickets are available in the TicketLive pre-sale network. Tickets purchased for previous dates remain valid. 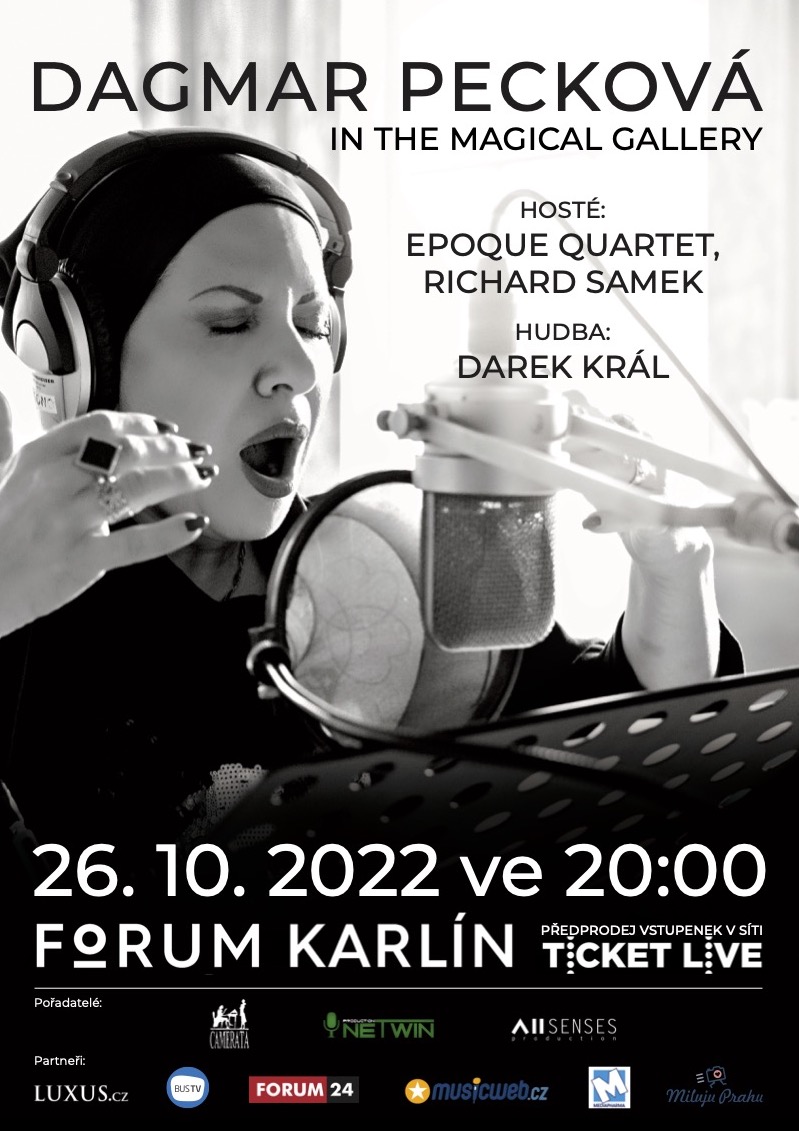