The legendary duo Pet Shop Boys is going to perform their greatest hits on the tour which stops in Prague at Forum Karlin on May 13th, 2020.

Pet Shop Boys (Neil Tennant and Chris Lowe) are the most successful duo in UK music history. Since signing to Parlophone Records in 1985 they have achieved 42 Top 30 singles in the UK including 22 Top 10 hits and 4 number ones. They have released 13 studio albums all of which have made the UK Top 10 as well as album charts around the world.

In their live shows over the last 30 years, Pet Shop Boys have created an original and influential style of pop musical theatre, collaborating with directors, designers and artists including Derek Jarman, David Alden and David Fielding from the English National Opera, Zaha Hadid, Sam Taylor-Wood and Es Devlin. To date, Pet Shop Boys have performed over 700 shows in 63 countries to an audience of millions, with epic performances at the world’s biggest festivals, including Glastonbury, Rock in Rio, Coachella, Roskilde & many more.

The Independent stated, of the recent world tour, that “their career has perpetually shown that pop music and high art cannot only co-exist but surpass supposedly superior musical forms”, while the Daily Telegraph raved that “the show encompasses high culture, club culture, theatre, cinema, political satire and a mind-bending laser show”.

Before the Dreamworld: The Greatest Hits Live Tour kicks off the band will release their highly anticipated new studio album Hotspot on January 24th. The album was mainly written and recorded in Berlin and Los Angeles and is the third in the series of the collaborations with Stuart Price – the Grammy-winning producer who has worked with Madonna, The Killers, New Order, Missy Elliott and many others. The album features 10 brand new Tennant / Lowe tracks including previous single Dreamland feat. Years & Years, released earlier this year, and Burning the Heather which features Bernard Butler (Suede) on guitar.

Pet Shop Boys say: “We´ve written much of our music over the last ten years in Berlin and it was an exciting experience to work on this album in the legendary Hansa Studios there and add a new dimension to our sound.”

As writers, producers and remixers they have collaborated, remixed or written for a wide range of artists including Lady Gaga, Madonna, David Bowie or The Killers. They have also written the West End musical Closer to Heaven. In 2011, they composed a ballet The Most Incredible Thing, based on the Hans Christian Andersen story of the same title. In 2012 Pet Shop Boys appeared before a worldwide television audience during the London Olympics´ closing ceremony.

Tickets for their Prague show at Forum Karlin will go on sale on Wednesday, December 18th at 10am via www.listocheck.cz 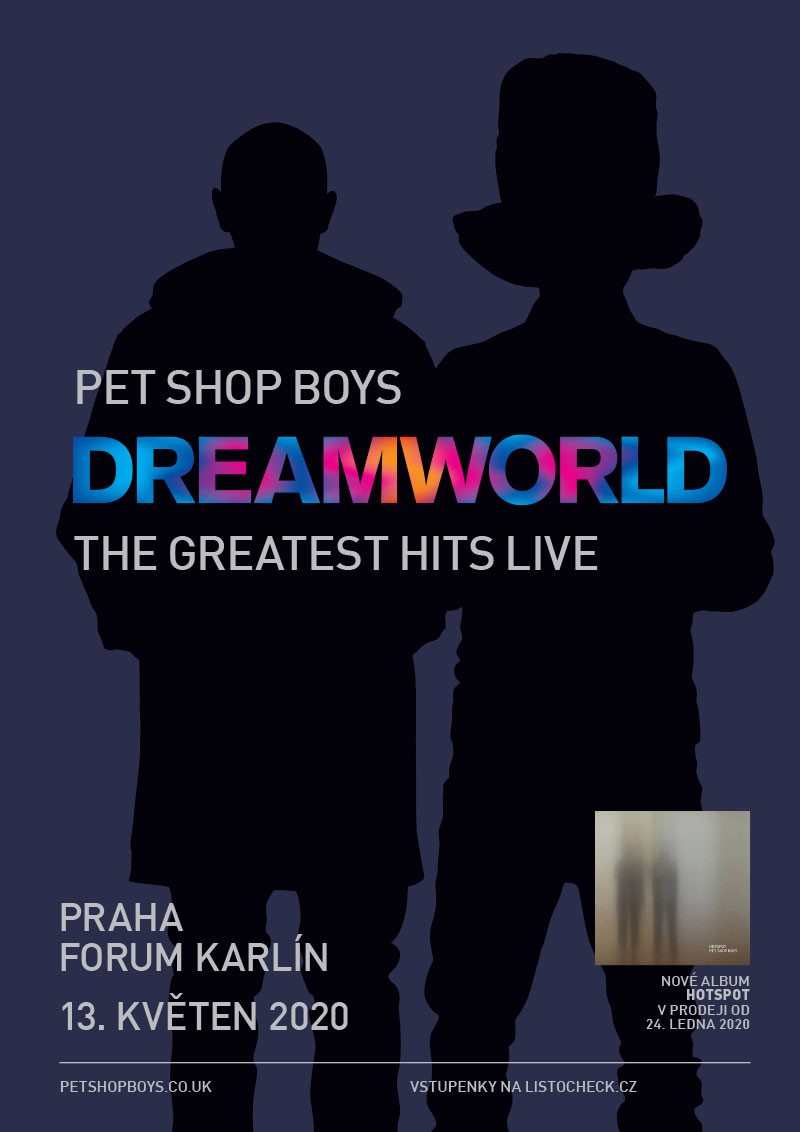