https://hilltophoods.com/Ten days were enough for the Australian hip-hop band Hilltop Hoods to sell out Lucerna Music Bar. Their Prague concert scheduled for 28th June 2023 will be moved to the Forum Karlín due to high demand. One of Australia’s most popular touring bands will come as part of a European tour that includes only eleven stops.

Tickets purchased for Lucerna Music Bar remain valid for the new venue. Tickets to Forum Karlín for 890 CZK + fees will be available from 12:00 on Tuesday 20 December at Ticketmaster.

Hilltop Hoods offered fans a taste of their new music this year in the form of singles Show Business feat. Eamon and A Whole Day’s Night feat. Montaigne & Tom Thum. They played six sold-out shows in major arenas in their native Australia in late 2022.

Hilltop Hoods have won ten ARIA awards, topped the charts six times, are the most streamed Australian band in Australia two years running and boast sold-out shows at both indoor and festival venues.

Their previous, biggest and most successful tour to date, THE GREAT EXPANSE WORLD TOUR, saw over 100,000 fans in 14 countries in 2019. 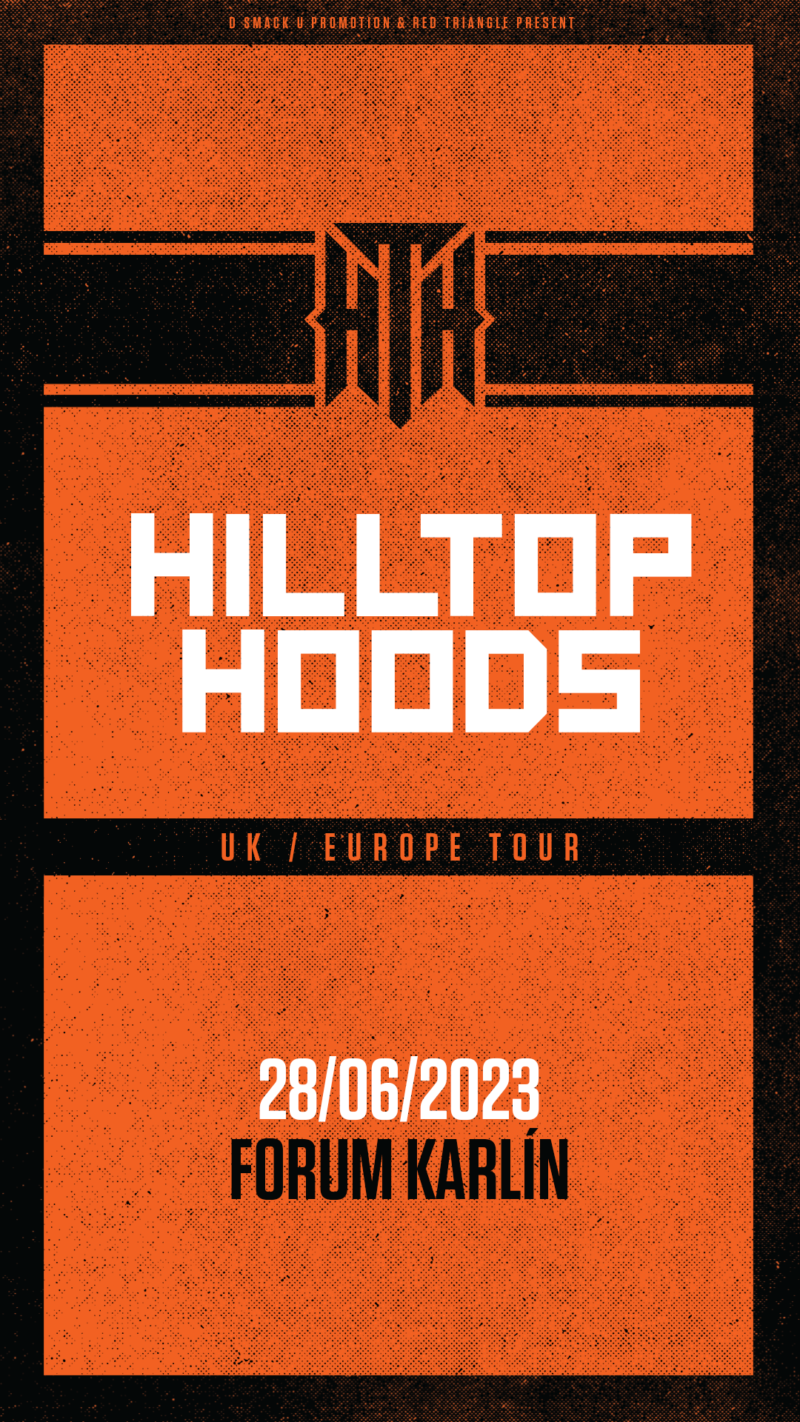