Thirty-one-year-old top pianist Peter Bence has broken down the barriers between classical and pop with his sharp and engaging playing style. For his renditions of classical music, Peter has received accolades from young and old music fans alike in concerts around the world. He’s even become a star on social media with over a billion views.

Peter returns to Prague with his performance of The Awesome Piano. Expect piano renditions of songs by Michael Jackson, Queen and Sia. His version of Michael Jackson’s Beat It has been a big success on streaming services with several million views. In recent years he has performed in 40 countries on five continents.

At the age of two, Peter could already play songs from his favourite fairy tales on the piano. He showed his talent again at the age of seven when he composed his first song. At the age of eleven, he released his first album, which was strongly influenced by Frédéric Chopin and Robert Schumann. Peter Bence first studied classical piano and composition at the Franz Liszt Academy of Music before deciding to continue his studies at university. He decided to pursue a master’s degree in film music composition and piano at the renowned Berklee College of Music in the USA. At that time, he had already started to upload his videos publicly on his YouTube channel.

In 2015, his rendition of the M. Jackson classic Bad was viewed by ten million people in just a few days. Thanks to this feat, he became famous all over the world. In January 2012, Peter was listed in the Guinness Book of World Records. It was the world record for the fastest pianist in the world. At that time, he played 765 keys per minute. Unbelievable! Don’t miss to see Peter Bence live in the beautiful premises of Forum Karlín in Prague. 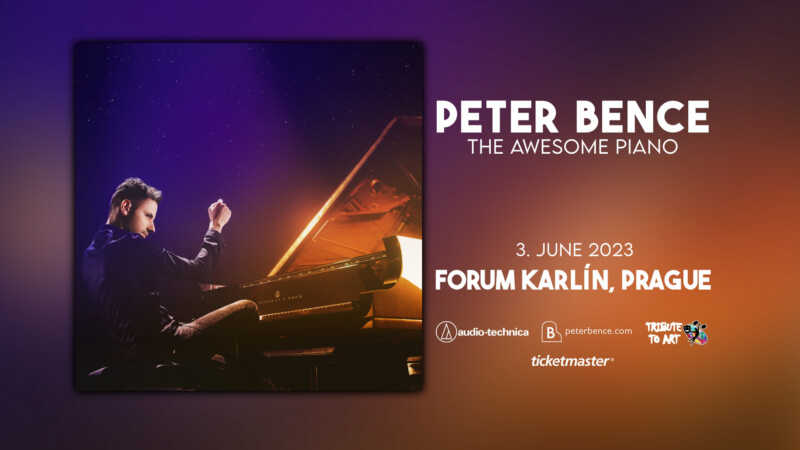