Multi-platinum band Shinedown have cemented their status as one of the most vital and forward-thinking powerhouses in music, embodying the kind of creative dynamism that transcends boundaries with over 6.5 billion global streams, a record-breaking 18 #1 rock hits, 14 platinum and gold singles, platinum or gold certification for every album, 10 million albums sold worldwide, and major media acclaim. They are known for their timely and honest messages behind their chart-topping songs that resonate with not only their global audience and the rock community, but our culture at large. On their masterfully realized 7th studio album Planet Zero out July 1st on Atlantic Records (which features current single, the soaring anthem “Daylight,” and lead single “Planet Zero”), Shinedown delivers an incisive yet optimistic look at the fractures and frays of a society that has undergone many challenges in the last few years alongside a message of hope, perseverance, triumph, and compassion. Taking aim at the societal forces that keep us divided at a time when we need to be coming together, the high-concept, viscerally charged album, produced by Shinedown’s Eric Bass, addresses the divisiveness among those of differing ideologies, cancel culture ran rampant, the toxicity of social media, the need for honesty in our public discourse, and the corrosive effects of these things on mental health and humanity. Planet Zero is a reminder that if we shut each other down, we risk losing empathy, respect for one another, and our ability to communicate and unify in a way that leads to actual progress and understanding. After all, it is the band’s impassioned striving for unity that has long been at the heart of their creative output.

Shinedown is #1 on Billboard’s Greatest Of All Time Mainstream Rock Artists Chart, after notching the most ever #1s in the 40-year history of the Mainstream Rock Songs Chart with a string of consecutive #1 hit singles including (“Planet Zero” “Atlas Falls,” “GET UP,” ATTENTION ATTENTION,” “MONSTERS,” and “DEVIL”). Their last studio album ATTENTION ATTENTION debuted in the Top 5 on the Billboard 200, simultaneously hit #1 on Billboard’s Alternative, Top Rock and Hard Rock Albums Charts. Its accompanying 2021 feature film, directed by Bill Yukich (Beyoncé, Metallica), is a riveting visual counterpart to the album’s narrative, weaving its 14 songs about the resolve of the human spirit into a provocative and thought-provoking cinematic journey that illuminates yet another dimension of their limitless creativity. Hailed for their high-octane live shows, explosive rock ‘n’ roll spirit, thought-provoking lyrics, and melodic sensibility, Shinedown continues to engender diehard love from millions of global fans and has racked up countless sold-out arena tours and festival headlining sets propelled by the undeniable power of front man Brent Smith’s voice. Shinedown is Brent Smith [vocals], Zach Myers [guitar], Eric Bass [bass, production], and Barry Kerch [drums].

Zero 9:36 The Philadelphia post-genre sonic insurgent, singer, creative, and rapper rhymes with the force and fire of a prizefighter as he lands hard-hitting hooks meant to explode on impact. Adapting to any setting, he’s amassed 40 million-plus streams and collaborated with everyone from Travis Barker and grandson to Hollywood Undead and Theory of a Deadman. 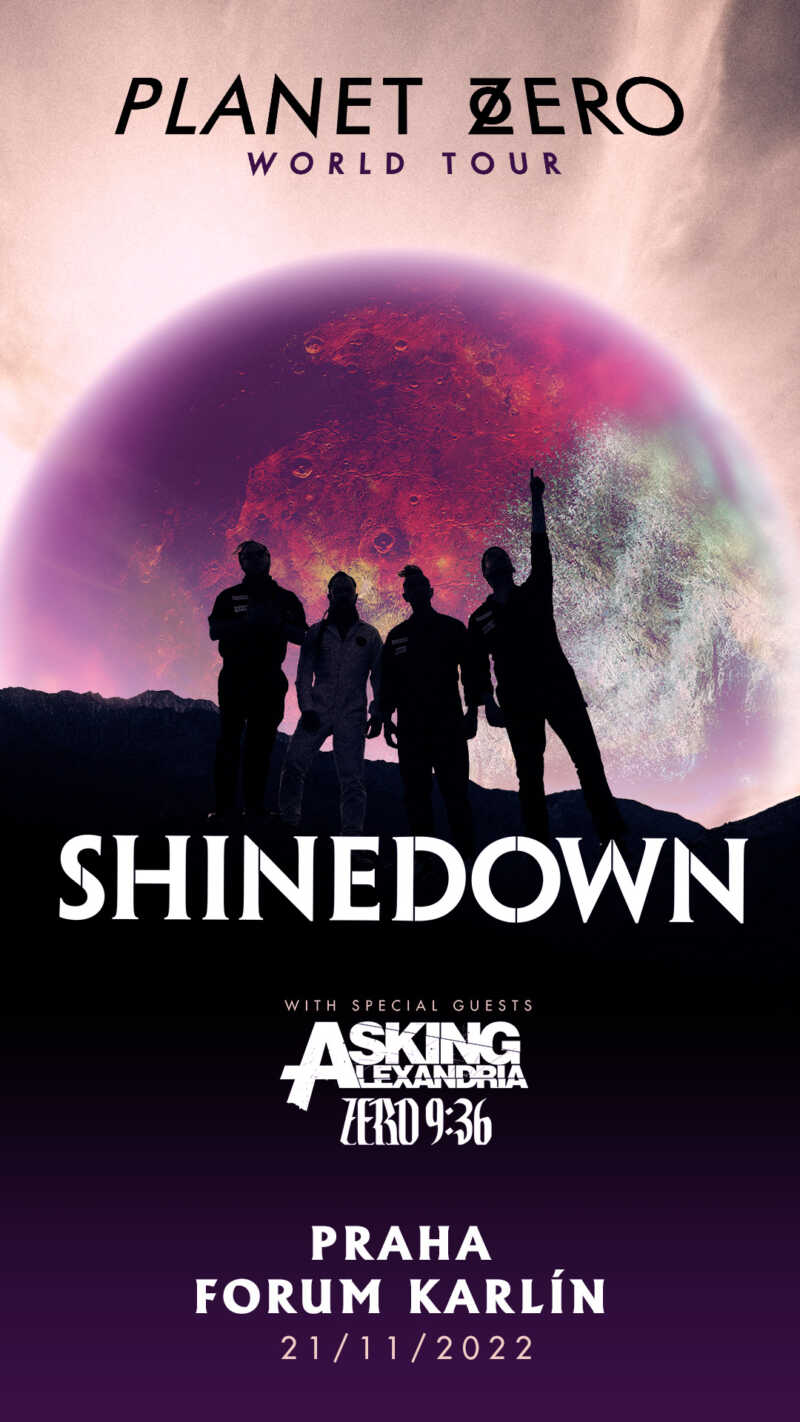