THE CONCERT HAS BEEN MOVED TO O2 UNIVERSUM!

Due to the huge interest in tickets, the concert of the legendary blues and rock guitarist Jeff Beck with special guest Johnny Depp is being moved to the new and modern O2 universum concert hall. The organizer will offer other fans a seat and an even better music and cultural experience.

Eight-time Grammy winner and rock hall member Jeff Beck will arrive at the O2 universum on July 11 with a special guest – actor and musician Johnny Depp. They recorded the song Isolation together in 2020, released a joint album in July, and recently performed several concerts in England, including the Royal Albert Hall in London, to applaud fans and music critics. After this success, Depp joins Beck on the entire European tour!

Jeff Beck last performed in the Czech Republic 8 years ago in 2014! This concert will be as unique as the Beck & Depp connection! The tour is accompanied by Rhonda Smith on bass, Anika Nilles on drums and Robert Stevenson on keyboards.

Johnny Depp, who previously collaborated with Beck on “Isolation” released in 2020, recently performed with Beck at several concerts in the United Kingdom, including two performances at London’s Royal Albert Hall, which was praised by fans and critics.

Beck commented on Depp, “Five years ago, Johnny knocked on my locker room door in Japan, and we haven’t stopped having a great time ever since!”

Depp added: “I am extremely honored to play and write music with Jeff, one of the real greats and someone I now have the honor to call my brother.”

Jeff Beck, who has built one of the most influential careers in rock history, is widely recognized as one of the most talented and important guitarists in the world and has played alongside the greatest greats of rock, blues and jazz.

During his more than 50-year music career, Beck has won an incredible eight Grammy Awards, been named one of the “100 Best Guitarists of All Time” by Rolling Stone magazine, and has been inducted into the Rock & Roll Hall of Fame twice. Once as a member of the Yardbirds and then again as a solo artist.

In the summer of 2016, the guitar virtuoso celebrated its 5 musical decades with an extraordinary concert at the famous Hollywood Bowl.

Beck famously replaced Eric Clapton as Yardbirds lead guitarist in 1965 and later founded The Jeff Beck Group, in which Rod Stewart played the role of singer and Ron Wood the role of bassist. Their phenomenal albums – Truth (1968) and Beck-Ola (1969) – become a gem for hard rockers.

Beck’s relentless career bore fruit, and in 1973 Beck formed a supergroup, a power trio with bassist Tim Bogert, and drummer Carmine Appic, and again broke people’s prejudices about what a rock guitarist should sound like.

The 1985 album Flash kept Beck in the spotlight and won the Grammy Award for Best Rock Instrumental with “Escape”. The second Grammy came for his “Guitar Shop” with Terry Bozzio and Tony Hymas. He won his third Grammy for “Dirty Mind” from You Had It Coming in 2001. In 2009, he released the platinum album Performing This Week – Live at Ronnie Scott’s, and Beck won another Grammy Award for “A Day In The Life.”

His album Rock ‘N’ Roll Party Honoring Les Paul was nominated for a Grammy Award for Best Rock Album in 2012. Published by Loud Hailer in 2016, and Jeff Beck was released in 2017: Live At The Hollywood Bowl, both to great acclaim. 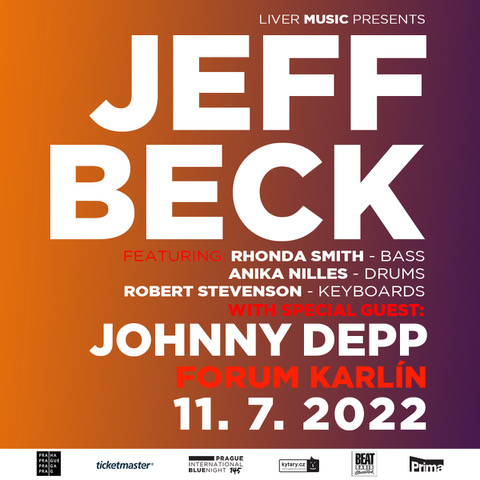