The new album of the Czech-Polish singer Ewa Farna, called Umami, reached gold a few weeks after its release and garnered strongly positive reviews and reviews, in which it is described as the best record of Ewa’s 15-year career.

Umami’s album reflects the singer’s life in recent years and its title describes the fifth taste of life. The reigning Golden Nightingale thus decided to make only 5 stops during her tour of the same name in the autumn of 2022 – in Jablonec, Pilsen, Ostrava, Brno and Prague.

Clips from the Umami album can be seen here: 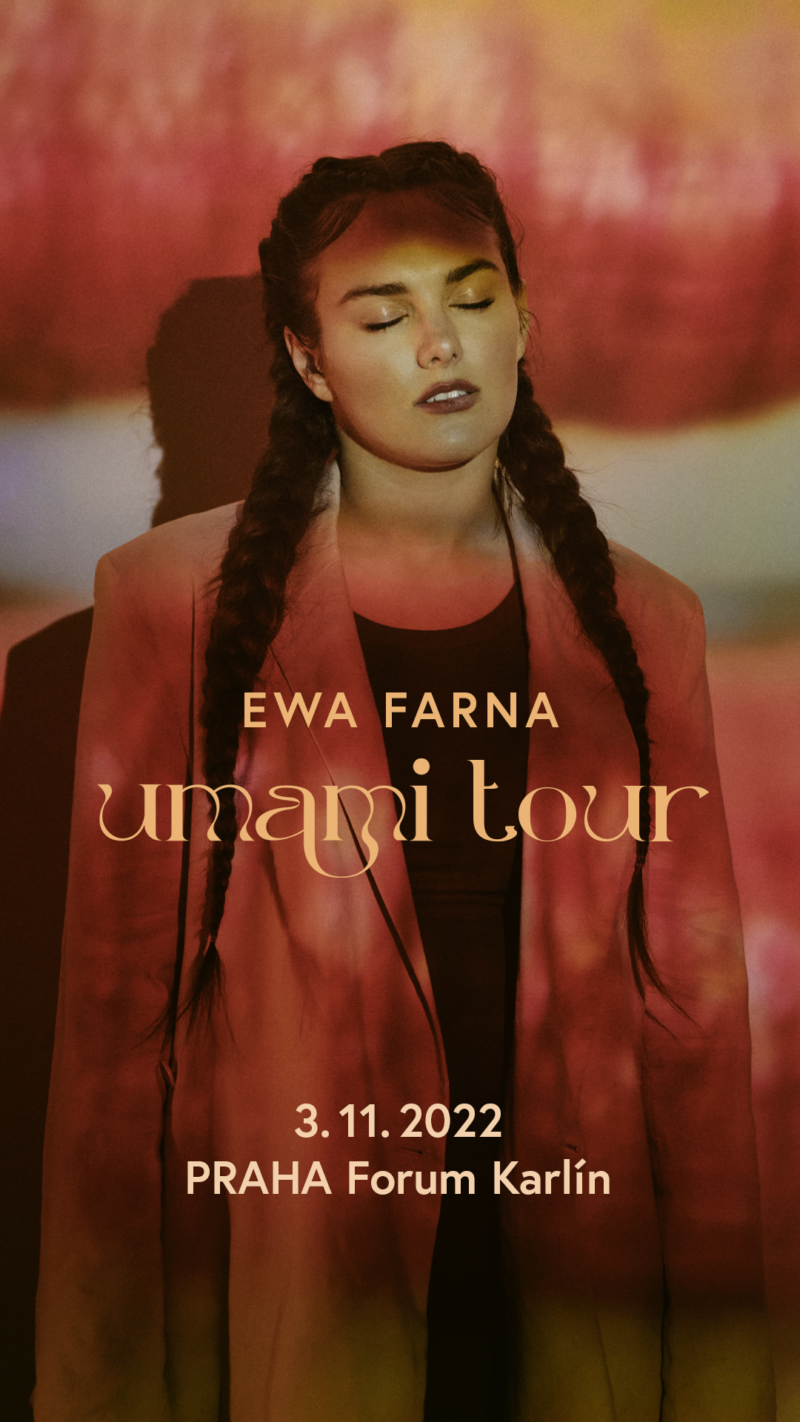