How to succumb to pop with passion? Years & Years returns with hits full of Nightcall albums. The last year in pop belonged to Olly Alexander and his Years & Years. He first performed a moving performance in the series It Would Be a Sin, his title song, originally from the Pet Shop Boys, then performed in a captivating show at the BRIT Awards alongside Elton John. Another icon of world pop followed him in the song Midnight, a joint duet with Kylie Minogue was also seen by the audience of the BBC New Year’s Eve program. This was provoked not only by euphoric reactions, but also by “obligatory” complaints of outraged fellow citizens, for whom Alexander was simply “too hot”.

Let’s add the singles Crave or Sweet Talker (feat. Galantis) and the road to the album was paved. The Nightcall album was released in January this year, and the joy of straightforward electro pop, which tells personal stories, just comes out of it. Now heartbreaker Olly is touring with his band. It will be presented in Prague on October 5, 2022, tickets (CZK 990) will be on sale from April 28 on the Ticketmaster portal, and registered Fource Friends users will have access to them 24 hours earlier.

Olly Alexander is also an icon of the LGBTQ + community, but her scope goes far beyond it. Acting in a moving series It would be a sin is just the culmination of his acting engagements – we could see him in such diverse films as Dickens’ adaptation of Hopeful Prospects or Gaspar Noé’s experimental trip into space. And she can catch the heart in other ways – for example, by buying a house for her mother, who raised him as a single woman, for the first major income.

As a trio, Years & Years released two albums (Communion and Palo Santo), Nightcall is the first album in which Y&Y presents themselves as a solo project. The Nightcall album is a record for all lovers, whether happily and deeply or unhappily. “You come in and out of my dreams / Fuck with my head / Making me crazy,” sings Alexander in the hit Crave and thus captures the feelings of many of his fans. 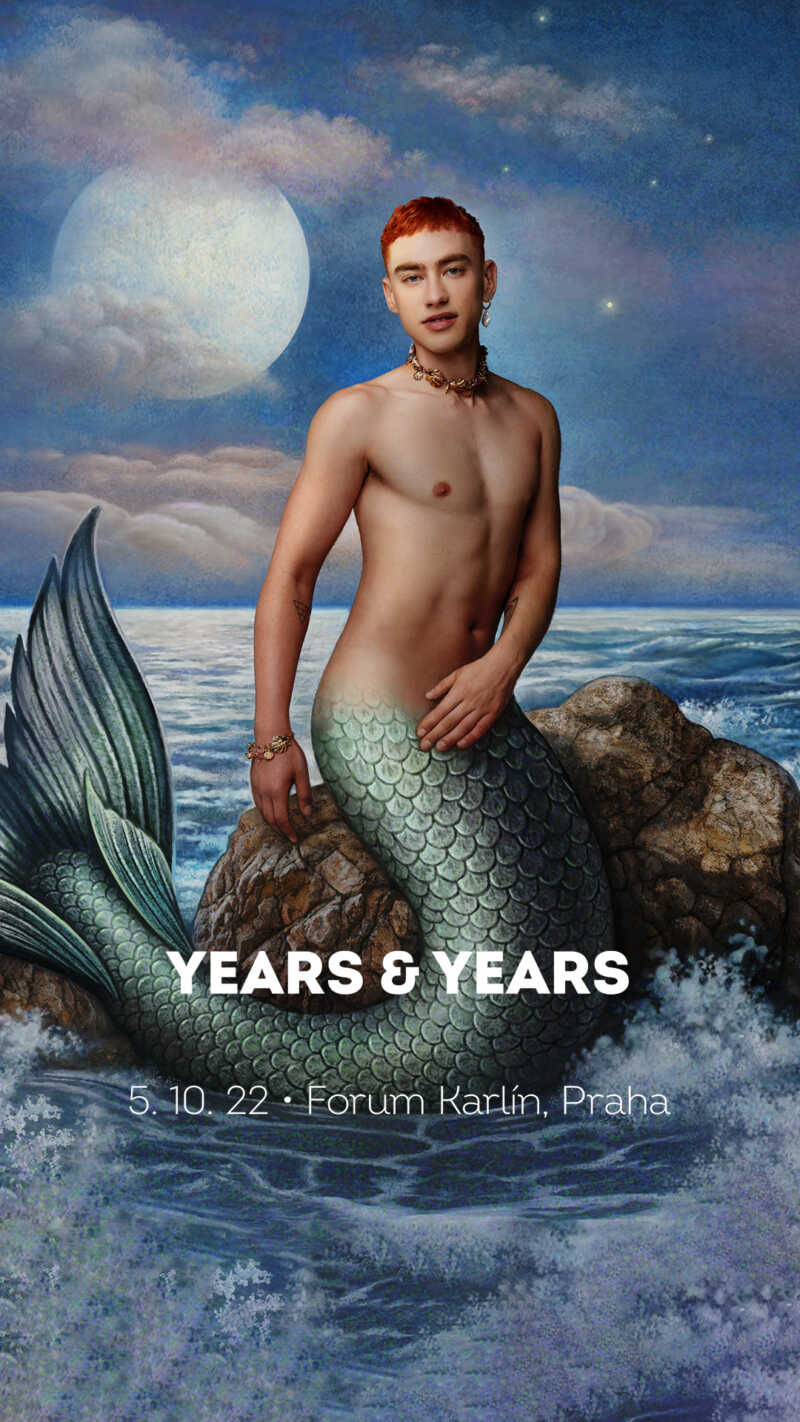