A Tribute to Kings

A Tribute to Kings

The cult American band Primus is coming to the Czech Republic for the first time for a solo concert! On September 17, Primus will perform in their most famous line-up at the Karlín Forum in Prague – frontman and one of the best bassists of all time, Les Claypool, guitarist Larry “Ler” LaLonde and drummer Tim “Herb” Alexander. As part of a world tour called A Tribute to Kings, they pay tribute to prog-rock legends Rush. The concert will feature both the complete album A Farewell to Kings by Rush from 1977 and the most famous songs from the phenomenal trio Primus. An unusual roughly two-hour musical experience with one of the most exceptional rock bands in history awaits Prague.

The concert is organized by Liver Music and APPLAUSE booking as part of the Prague International Bluenight series.

The acclaimed Primus began as an underground phenomenon in San Francisco in 1984. In the early 1990s, they grew into one of the most famous rock bands in the world. Albums such as Sailing the Seas of Cheese (1991), Pork Soda (1993) and Tales from the Punch Bowl (1995) were all gold or platinum in the United States. Primus have started to perform at the biggest festivals around the world, but also together with, for example, U2, Tool, Jane’s Addiction, Public Enemy or Rush. Primus are also the authors of the music for the legendary animated series The Town of South Park.

Primus – My Name Is Mud 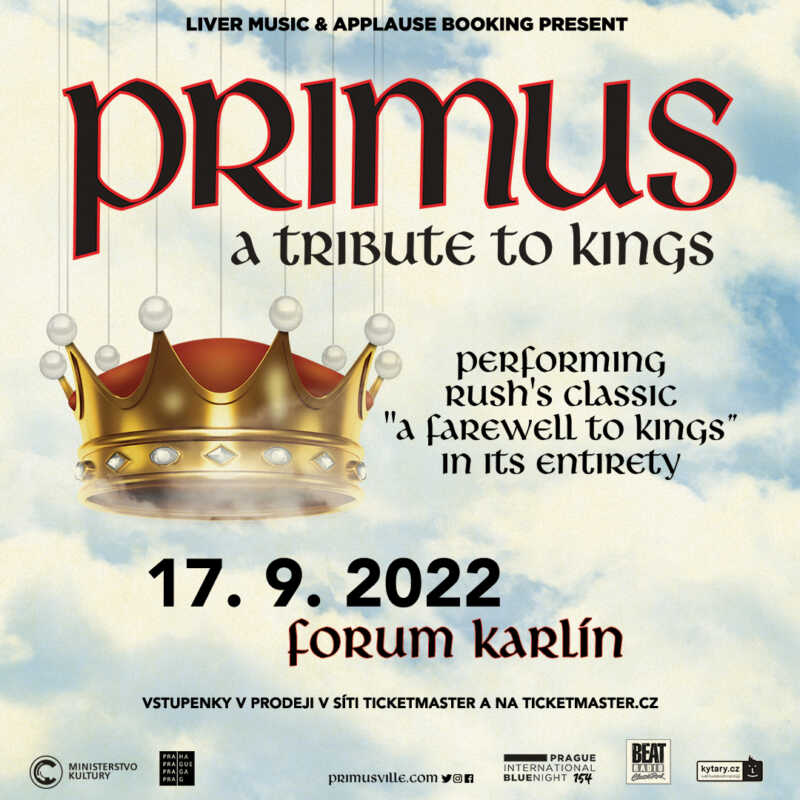