It rarely happens that the side project of renowned musicians (Apparat and Modeselektor), which, moreover, was created just for fun, exceeds all expectations and makes its members famous all over the world. The German trio Moderat has so far released three award-winning albums with hit singles such as Bad Kingdom and A New Error. The most important electronic supergroup of the last two decades, which shaped the sound of accessible minimalist techno and spread its name from the main stages of the most important festivals, is returning to the scene after a long pause. It will be presented at the Karlín Forum in Prague on December 9, 2022, tickets (CZK 990) are currently on sale in the Ticketmaster network.

All three producers and DJs met in 2003 on the German underground techno scene. And in the same year, their first songs were released on the label by producer Ellen Allien BPitch. They did not release their debut eponymous album with the groundbreaking single A New Error until 2009. They presented it in Prague as a special guest of Radiohead, and their music is often likened to Thom York’s cool electronic solo work. Four years later, a turning point came when they released the more accessible album II, which was released on their new label Monkeytown, which also released recordings of friendly projects such as rapper Catnapp or musicians Dark Sky and Howling.

Their last album so far was released in 2016. As part of their world tour, they also presented it at a hopelessly sold-out concert in the Great Hall of the Lantern. A year later, the band announced their end as Moderat, and their members had time for their long-delayed solo albums. Sascha Ring aka Apparat and Modeselektor (Gernot Bronsert and Sebastian Szary) surprised everyone this year with their comeback under the heading Moderat. As part of the planned tour, they will also come to Prague for their largest solo concert to date. We expect a captivating and unmistakable audiovisual experience. 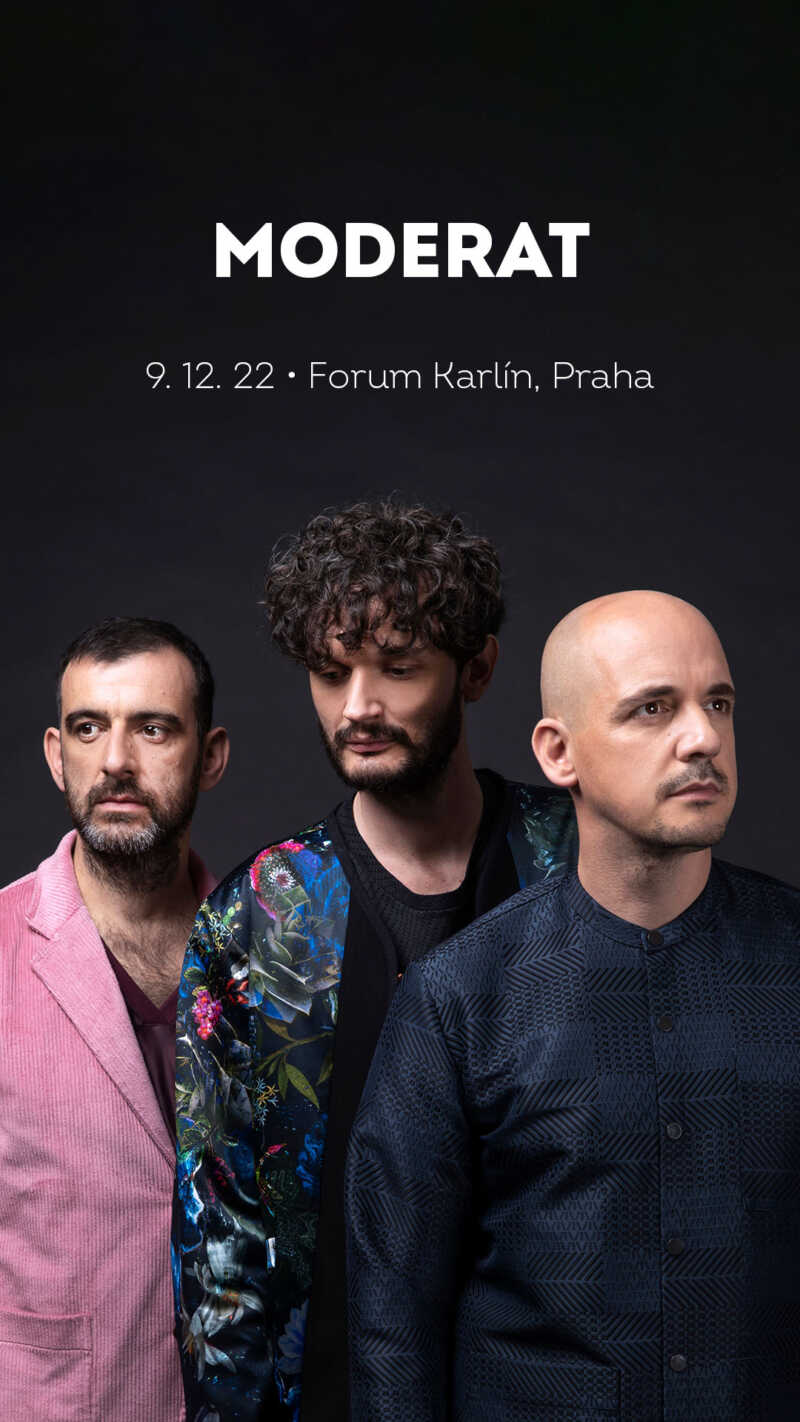