Franz Ferdinand, who had recently revealed details of Hits To The Head, a 20-track greatest hits collection showcasing the world-conquering success of the band’s career to date, have announced a run of European dates next spring. Scottish band which has been nominated for several Grammy Awards and have received also two Brit Awards– winning one for Best British Group – as well as one NME Award, will return to Forum Karlín in Prague after four years with their new album “Hits To The Head”. The album will be released on Friday, March 11th 2022 and features two brand-new tracks Billy Goodbye and Curious, co-produced by Alex Kapranos, Julian Corrie and Stuart Price (Dua Lipa, Madonna, Pet Shop Boys).  “Hits To The Head” is a collection of their best songs including Darts of Pleasure (the first single they released in 2003) or Billy Goodbye (a new song they recorded a few weeks ago).

The show, which you are definitely looking forward to, will take place on Thursday, April 28, 2022 in Forum Karlín. Tickets for the show go on sale on Friday, November 12, 2021 at 11AM CET via Ticketmaster. 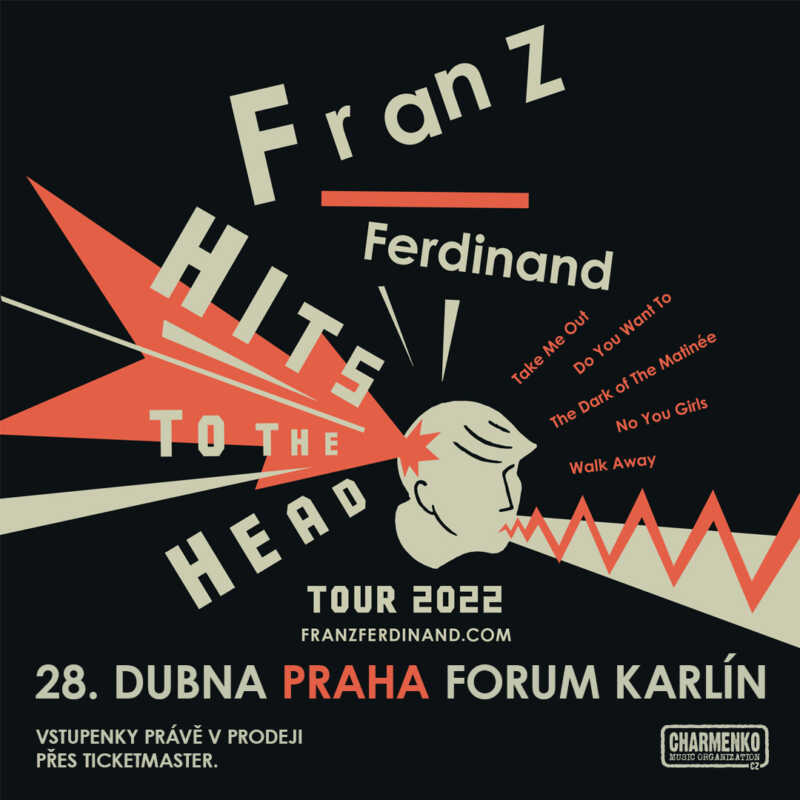